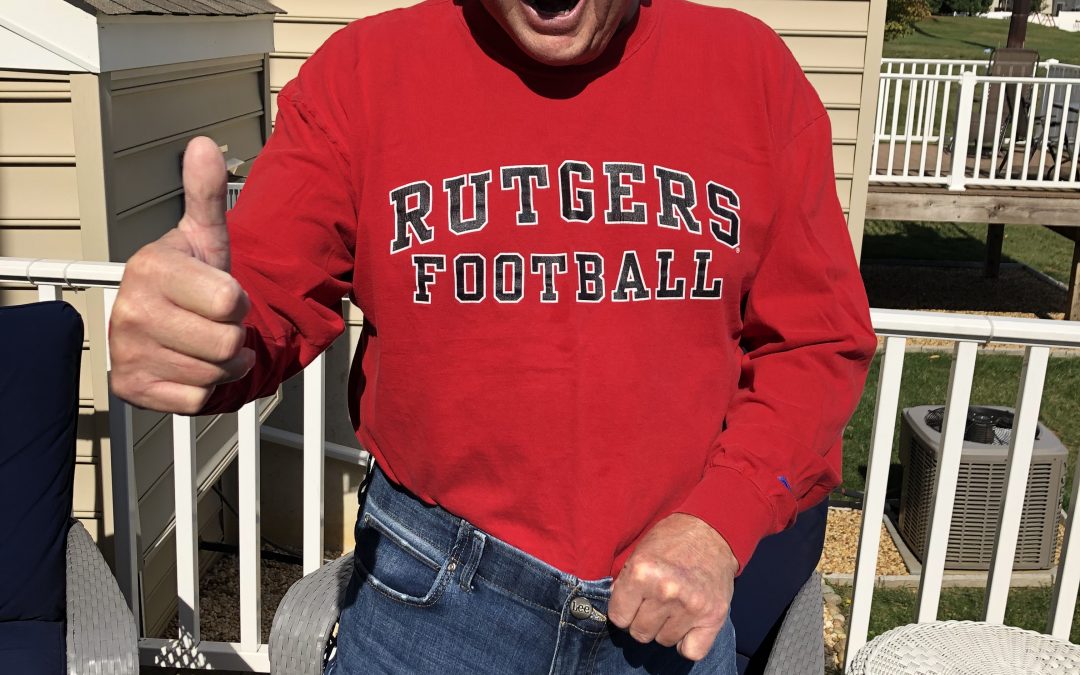 When my mother was pregnant with me on the western frontier of Land o’ Lincoln, the doctor told her she was having twins. My father was beside himself with joy: two boys!

I was the compromise.

They even picked out names: Richard and Robert. When the big moment finally arrived, however, no Robert, whom I can only assume was my father’s favorite since he spent the rest of his life pretty much ignoring me. The folks were very disappointed that the doctor had been wrong, but in truth, the doctor had been right: There were two of us — I ate Robert.

Hey, I was hungry.

I’ve always been a big eater. After my parents separated and my mother, sister and I moved back East, my dad followed and spent the rest of his life in Philadelphia. I suppose ignoring me from afar wouldn’t have been as satisfying. Anyway, he lived in the heart of South Philly surrounded by Italians, worked in the meatpacking industry with lots of Italians, had many friends who were Italian, and he even joined the Sons of Italy.

He really did come to believe he was Italian.

I remember visiting him one Sunday when I was a football player in high school, and by then, my appetite had become even more prodigious. So big, as a matter of fact, that one time my girlfriend told her mother she was bringing me home for lunch and her mother panicked because she only had enough sloppy Joe to make 13 sandwiches.

I mean, I could eat.

But I had my limits.

On that Sunday, we visited some of my dad’s friends where they had been cooking all morning. Apparently, in a traditional South Philly row home of Italian descent, you began your Sunday meal around noon and ate for the rest of the day, or until somebody had a heart attack and died, whichever came first. So after eating for a few hours, one course after another, I was thoroughly bloated and in some pain; I just couldn’t put another meatball or cannoli in my mouth.

The women stood around me, looking at my father and shaking their heads.

“He doesn’t eat much,” one of them said.

Oh yeah! I ate my brother!

So when the coronavirus hit, I fell back to my default position and ate pretty much like the South Philadelphia Italians — nonstop. And like so many others, my waistline grew. I’ve spent the past couple of months yo-yoing back and forth trying to take off the extra pounds with little success, but yesterday I stumbled upon a surefire plan: I bought a couple of pairs of stretchy jeans.

Eating is my only real vice. A friend of mine in New York City once told me that watching me eat was like watching a junkie take a hit.

I’m a fleabit peanut monkey, and all my friends are junkies.

And hasn’t the coronavirus been a swell source for sublimation of gormandizing? Once the lockdown was put in place, we ate out of boredom. Then, when people started dying in numbers, we ate out of fear. Finally, after the politicians realized what a marvelous opportunity the pandemic presented, we ate out of depression.

We are burying our melancholy in a caloric gluttony of despair, something many experts have been warning about since the beginning of this hot mess. The opportunistic media, when not ignoring them, mocked them. Social media platforms censored them and any talk not supportive of the official despotic mind control. The lefty politicians called it subterfuge to deflect attention away from failed leadership.

But all chickens eventually come home to roost. The Centers for Disease Control and Prevention recently reported that Americans are suffering from symptoms of depression and anxiety because of the pandemic.

Additionally, in a recent report published by Mental Health America and the Surgo Foundation, it was found that COVID-19 is producing poor mental health in many cities around the country. The cities highlighted in the report were Camden, New Jersey; Trenton, New Jersey; Allentown, Pennsylvania; Reading, Pennsylvania; Syracuse, New York; and Detroit, Michigan.

Christine Campigotto, the Surgo program director who led the analysis, said, “The cities don’t have a ton in common.”

In case you fell asleep on the one after 909, what they have in common is that they’re all in states with ultra-progressive and politically ambitious governors who bypassed their legislative branches and usurped complete authority, dictating by unilateral fiat.

My oh my, now their subjects are depressed.

It’s a mad, mad, mad, mad world for sure, so my advice is illegitimi non carborundum (don’t let the bastards get you down). Fight against the machine and help out each other. We may not all be in this together, but we’re all brothers and sisters under the skin, so remember, he ain’t heavy, he’s my brother.

A Tip of the Hat