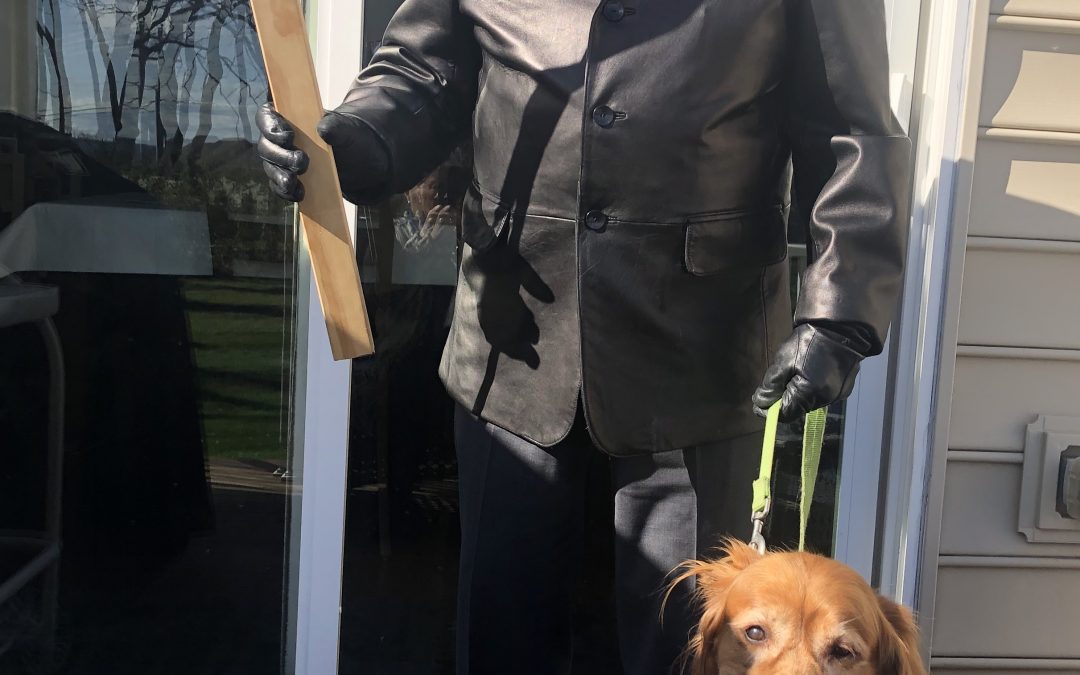 If you need to be reminded or encouraged to vote, please don’t. We already have enough lazy, stupid voters electing plenty of lazy, stupid people. If you are one of those who has to be told to vote, I’m sure you’d be much happier staying home, relaxing, watching The View or The Price is Right than schlepping to the post office or polling place.

Just looking out for your best interest … and ours.

We really need to curtail all this “get out the vote” agitation going on around here. It’s pretty irresponsible behavior when you think about it. I mean, you need a license to drive a car or fix a toilet or cut hair or operate on somebody’s brain, so why not a license to vote? And don’t give me all that “right versus privilege” malarkey. In the beginning, only white, male landowners were allowed to vote, so that particular piece of originalism has long ago left the station, and good riddance. That said, and given our deplorable representation in Washington and statehouses, I think we need a new, higher standard for voting. So, as a public service, here’s my idea for a simple test to get a voting license:

A relatively easy test to prove your understanding of simple governmental principals … if you have advanced degrees in history and government, that is. All funnin’ aside, these may appear to be difficult questions, but really, they are not. I could have answered all of them by the time I was a junior in high school, primarily because we had to study civics way back in the days when you were required to wear clothes to school that fit and didn’t have writing on them.

(Editorial note: I will be discussing the answers to the test in a Facebook video tomorrow, Election Day, titled “Don’t vote! Stay home!” The video will also be available on my YouTube channel, “Richard Plinke,” whenever my YouTube loader gets around to loading it.)

I’m sure you’ve noticed all the ads from actors, musicians, athletes and politicians urging you to vote. Why do you think they are so desperate for you to vote? Doesn’t it make you wonder? Do you think it’s because they care so much about you, the country or anything other than themselves?

I know, I know. I’m hilarious.

They do it because we’ve chosen up sides, like on the playground when we were kids, and whatever side you’re on, you’re totally on that side. No deviations or bilinear thinking allowed. It has something to do with gamma rays emanating from cell phones.

When you’re a Jet

You’re a Jet all the way

From your first cigarette

to your last dying day.

In 1966, while with Buffalo Springfield, he wrote a terrific song called For What It’s Worth. Most people believe it’s a protest song, but it’s really a satirical commentary on protests, best illustrated by the lyric:

What a field day for the heat
A thousand people in the street
Singin’ songs and a-carryin’ signs
Mostly say “Hooray for our side.”

Whereas Mr. Stills may have been an amused observer at a time when bilinear thinking was still encouraged, he has most definitely joined a side, and he is most definitely carrying a sign saying, “Hooray for our side.” To wit, at the Democratic National Convention this past summer, he joined Billy Porter for a spectacular rendition of For What It’s Worth, all irony of the song and its presentation at an event where everybody was all in for “hooray for our side,” lost on the multitudes.

Like us all, Stills is a Jet, a Jet all the way.

And all those ads to vote are coming from Stephen Stills’ side, the Democratic Party. Why? It’s simple: There are more registered Democrats than registered Republicans, so simple logic dictates that when more people vote, more people vote for Democrats. That theory comes from the belief that we’re all a bunch of drooling, obedient pinheads.

Hold on a minute while I wipe off my chin and check Facebook.

Okay, I’m back and wondering when the commonwealth of Pennsylvania decided to join a side. I may be naive, but I thought the government was supposed to be run for the benefit of all its citizens.

The state is running ads though votespa.com encouraging folks to vote, ads that are being paid for by us. At the end of the ads, like one of those last, unexpected songs on a Beatles’ album, they add, “You’ve waited four years for this.”

Waited for what? We vote twice a year here in the Keystone State — primaries in May and general elections in November. That’s eight elections every four years, so what is it exactly you’ve been waiting for for four (fo’, fo’, fo’) years?

I can’t believe the state is deliberately minimizing the importance of other offices, or telling people not to worry about voting in primaries or off-year elections. No, the only thing I can come up with is that the Pennsylvania’s Democrat-run Department of State is reminding Democrats that they’ve waited four years to dump Trump.

And to misappropriate another lyric from Stephen Stills’ song, “There’s somethin’ happenin’ here, and what it is is abundantly clear.”

How to Sell the Plague 1