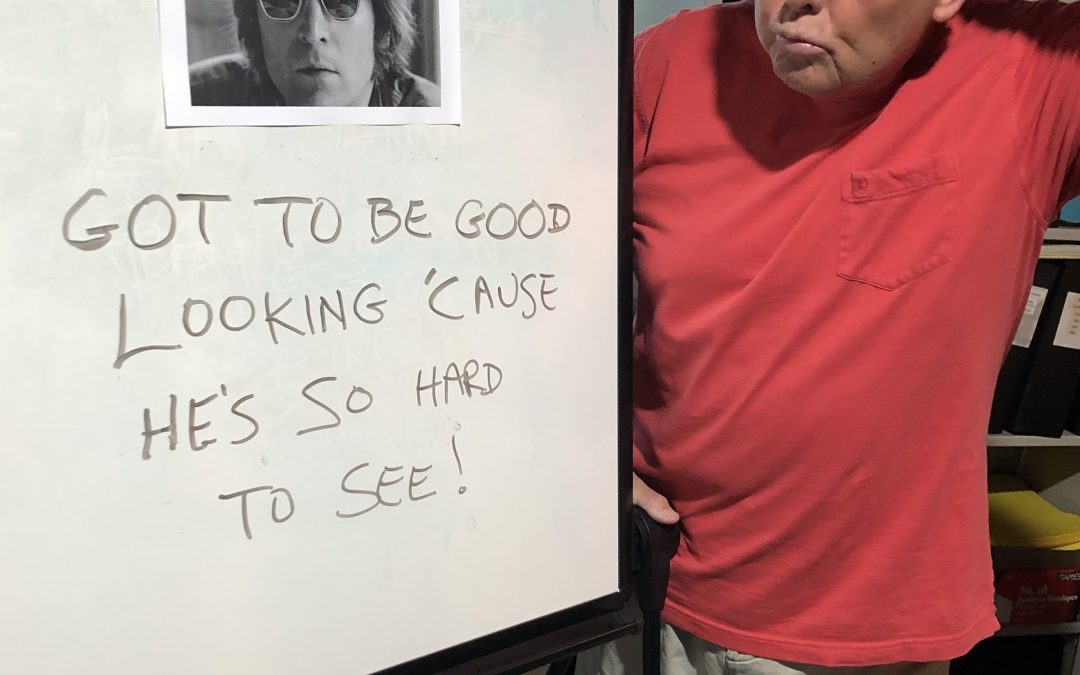 Major capitalist corporations such as Walmart, Nike, Target and Facebook are donating to Black Lives Matter. Black Lives Matter founders proudly proclaim their Marxist training and are dedicated to “creating the conditions for Black Liberation through the abolition of systems and institutions of white supremacy, capitalism, patriarchy and colonialism.”

In many American cities, it is now against the law to prevent people from breaking the law.

Penn State University tweeted, “Dear Students, Each of you belongs here.” The tweet went on to list black, Muslim, Jewish, Latinx, female, LGBTQ+ and international students, followed by messages of support and inclusiveness. It also tweeted, “Dear conservative students, Your viewpoints are important.” However, after an ungenerous uproar from the supportive and inclusive crowd, the university had to remove inclusion of conservative students.

Dr. Anthony Fauci, the country’s leading authority on vacillation, has repeatedly warned about the dangers of reopening professional sports in the midst of the pandemic. On a different note, Fauci threw out the ceremonial first pitch at the first game of the abbreviated professional baseball season.

Gov. Tom Wolf has reinstated restrictions in Pennsylvania because of increases in COVID-19 diagnoses in Philadelphia and Pittsburgh, sites of large demonstrations and riots. Wolf said the increases were because of people irresponsibly congregating in bars and restaurants. He imposed his unilateral orders on all 67 counties, even though many had little or no growth in confirmed cases, hospitalizations or deaths.

The Sierra Club, which used to be about preserving the beauty of America, has denounced its founder, John Muir, who, more than a hundred years ago, made disparaging remarks about African Americans and Native Americans.

Planned Parenthood, which used to be about helping women with birth control, has denounced its founder, Margaret Sanger, who promoted the practice of eugenics for the purpose of eradicating people of color.

The Democratic Party, which used to be the party of Will Rogers, who once said, “I am not a member of any organized party — I am a Democrat,” has not denounced the two most overtly racist presidents since the 19th century, Thomas Woodrow Wilson and Franklin Delano Roosevelt, men many consider the fathers of the modern progressive movement.

The Associated Press style will “now capitalize Black in a racial, ethnic or cultural sense, conveying an essential and shared sense of history, identity and community among people who identify as Black, including those in the African diaspora and within Africa. The lowercase black is a color, not a person. AP style will continue to lowercase the term white in racial, ethnic and cultural senses.”

Merriam–Webster has added “irregardless” to the dictionary.

And so it goes.

Yes Gracie, there is group disassociation with logic and proportion.

And just when you thought it was safe to go back in the waters of lucidity, along comes the Smithsonian Institution’s National Museum of African American History & Culture that published a brochure on the topic of whiteness and white culture. Byron York of the Washington Examiner shared the graphic on Twitter, writing, “The [NMAAHC] wants to make you aware of certain signs of whiteness: Individualism, hard work, objectivity, the nuclear family, progress, respect for authority, delayed gratification, more.” In other words, values that most advanced cultures hold near and dear.

The implication of the piece is that these so-called white traits are somehow counterintuitive and destructive to people of color; that white culture is responsible for all the problems, most notably within the black community because of its narrow approach to accepted sensibilities and behavior.

My favs on the list are “Objective, rational linear-thinking” and “Hard work is the key to success.”

Really? I know plenty of white people who have never had a rational thought. Don’t believe me? Take a look at Facebook and Twitter.

And I can’t help wondering what this says about people such as Frederick Douglass, Harriet Tubman, George Washington Carver, Thurgood Marshall, Martin Luther King Jr., Nelson Mandela, Langston Hughes and Toni Morrison. I think they all displayed a bit of linear thinking and work ethic, don’t you? Were they just pretending to be white? If you read Morrison, I think you’ll agree that she was not only a brilliant writer, but that she was most definitely black.

And how about all those overachieving Asians? Somebody ought to tell them that they are acting awfully white.

The Smithsonian was forced to walk back the parts about intelligence and work ethic, but it doesn’t negate the fact that these obviously provocative ideas were put in writing for the world to see, and at taxpayers’ expense, no less. Like so much sophistry passing for insight these days, stuff like this is designed for one purpose: to divide and keep us hating each other for the personal gains of someone or someones.

You know, it’s hard to work together when every conversation begins with, “You’re a horrible person and all my problems are your fault.”

Every Breath You Take and Every Move You Make